After much leaks and rumors the Samsung Galaxy A8 (2018) and Galaxy A8+ (2018) are now officially launched. Both the phones have infinity display and have dual selfie cameras ,but the pricing are not official as of now. Samsung Galaxy A8 (2018) and the Galaxy A8+ (2018) both has IP68-certified and come with samsung pay integration. Also, the smartphones are the first in the Galaxy A series to support the company’s Gear VR headset. Both will come in four colour options, namely, Black, Blue, Gold, and Orchid Grey – targeting millennials and young customers.

Samsung has provided two front-facing camera sensors on the Galaxy A8 (2018) and Galaxy A8+ (2018) to persuade the selfie-taking youth. There is a 16-megapixel fixed focus, f/1.9 camera sensor and an 8-megapixel f/1.9 sensor. Both the sensors provide users with the option to either have a blurred background to create a bokeh effect on their selfies or have a clear and crisp background as well as a focused foreground. Also, there is a pre-installed Live Focus feature that helps users to adjust the Bokeh effect even after capturing the self-portraits. 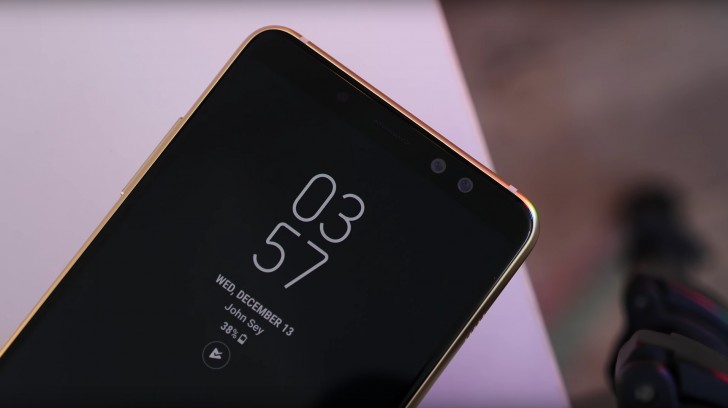 In addition to the dual camera setup, the smartphones have a 16-megapixel camera sensor on the back with an f/1.7 lens. The rear camera sensor supports video digital image stabilisation (VDis) technology and has features such as hyperlapse and a Food mode.

With the release of the Galaxy A8(2018) and A8+(2018), we’re bringing our customers’ favorite features from our flagship smartphones, such as the Infinity Display and our first Dual Front Camera with Live Focus, to our Galaxy A series, which is already known for its premium design,” said Junho Park, Vice President of Global Product Planning – Mobile Communications Business, Samsung Electronics, in a press statement.